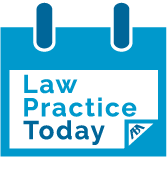 When I sat down to write No Law Firm Niche is Hotter Right Now than Diversity a few weeks ago (and published today), in the March 2019 edition of the ABA’s Law Practice Today (LPT) webzine, it was Paul Weiss getting the negative publicity fresh off an unflattering  feature in the Sunday New York Times.

Of course, this week, another white shoe New York law firm, Willke Farr, was getting to put its own crisis communications plan into play, when firm co-chair Gordon Caplan was placed on leave in the wake of the hottest news story of the week—the college admissions cheating scandal. In Law360’s Did Willkie’s Reaction To Admissions Scandal Miss The Mark?, reporter Aebra Coe asked me about the firm’s action and reaction, and potential for long-term damage to the firm brand. From a PR standpoint, there are huge differences between the stories—one is about the firm as a whole; the other is really about the behavior of an attorney that works there. In neither case will the law firm suffer any serious repercussions (as should be the case), but no big-time business likes to wake up to these calls from the media. But how to properly handle crisis communication is an article and a subject for another day.

What does the Paul Weiss story and Willkie Farr story have in common?

I’ll be honest. When I first started writing this blog post, I was just trying to combine an article I was quoted in on Law360 earlier in the week with my authored piece in LPT today. Until I realized that there was a lot in common. The first is about the continuing lack of diversity in the legal profession. The second is about privilege—and the related stories this week about how deserving students still do not get an equal opportunity at higher education. At the core of both stories are the cultural and systematic roadblocks that still keep people—whether trying to get into college or trying to succeed in the law firm world—at a disadvantage. They are both about outrage that not everyone is operating on an even playing field.

It was interesting to see how quickly the embers of the New York Times’ piece, Elite Law Firm’s All-White Partner Class Stirs Debate on Diversity, turned into a quick-moving forest fire.

The LPT piece was written for the niche practices themed issue. And, yes, diversity is a niche for many boutique firms. Because while the fire that lasted a week or two may have been put out, the topic of diversity among lawyers and law firms still rages. Many corporations demand diversity from the firms they use. And many firms have come to realize that diversity of attorneys can be a key differentiator in a market that is often lacking in originality (and where many clients really see the service they seek as being relatively fungible). It is often the difference maker.

The NYT feature was quickly followed by a barrage of pieces on Law.com, Law360, and various other legal publications. An “open letter” from 160 general counsel waved a Dikembe Mutombo finger wag at “largely male and largely white” firms with a warning about committing to diversity and inclusion. There was another “open letter” from the National Association of Minority and Women Owned Law firms (NAMWOLF) reminding those corporations that they had a stable of law firms practically pre-approved to ensure that there is diversity. MCCA bangs the drum as well. And I remind readers that my own Law Practice magazine column, Diversity and Inclusion Is a Marketing Tool (and Necessity) in 2017, discusses just how valuable diversity in a law firm’s attorney pool can be to the bottom line. Diversity is one of those niches where Big Law simply can’t compete with many small and mid-sized firms that often have greater diversity amongst 10 or 50 lawyers than firms ten times bigger. Although my personal experience with some large law firms shows a concerted effort in addressing the issues and figuring out a way to improve.

Besides authoring a diversity feature, I had the privilege of serving with Andrea Malone of White & Williams, as the co-issue editors of this month’s niche practices themed Law Practice Today. Earlier, I stated that differentiating yourself in the marketplace is more important than ever. In a world where everyone wants to say “full service,” and with continuing consolidation of Big Law and related moves into more and more geographic spaces, the “niche” is often the place to be for small and midsized firms. Do something unique, special and do it really well. And the niche is often about more than revenue, but about creating a friendlier day-to-day work environment for yourself and your colleagues.

The issue highlights many different niches, backgrounds and perspectives. In Building the Best of Both Worlds, Rick Cobb of Wilmington, Delaware’s Landis Rath & Cobb, talks about his firm’s success over the last 15+ years in two distinct niche practices — commercial bankruptcy, and corporate and commercial litigation. For sole practitioners, building a niche firm from square one can be a challenge, as Joel Lazovitz writes in Going Solo in the Rough and Tumble World of Real Estate Law. Edward Kang of Kang Haggerty & Fetbroyt in Philadelphia, PA, shows how representation of officers and directors has been a growing area of focus in Finding a Niche Defending against Business Betrayals. There is a great life lesson from Michael Paleudis of the Paleudis Law Firm in New York City, where he reflects on how an after-school job as a kid at Ponderosa Steakhouse eventually led him to the representation of food and beverage clients in Building a Niche Practice in Food and Beverage Law.

Additional great contributions to the LPT issue came from long-time friends and colleagues in the legal profession. Steve Silverberg of Silverberg Zalantis in Tarrytown, New York, describes his 40+ year career experiences with Life in a Niche, where he describes the development of his own firm focusing in in land use, zoning, and municipal law and related litigation. Not a niche, but another always-hot topic of debate at law firms is Rachel Silverman’s Lateral Partners and Their Missing Books of Business, where she answers the age old question when a lateral joins the firm – what could possibly go wrong?

Thank you to all the contributors to this issue of LPT.