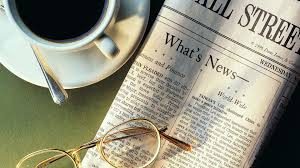 You have NO IDEA how much I nodded my head when picking up this morning’s Wall Street Journal and seeing reporter Sara Randazzo’s article on Time to Rank the Rankers of Lawyers? It has seemingly been a huge part of my work days over the past few weeks.

Unfortunately, you will have to wait by your mailbox for the November/December 2017 issue of the ABA’s Law Practice Magazine to see the marketing column I authored for it a few weeks back entitled Revisiting Lawyer Ratings and Rankings, which is a follow-up to my 2014 column, The Impact of the Three R’s: Ratings, Rankings and Reviews—which still draws e-mails and phone calls. In the column, I highlight past and present issues with an industry that is still burgeoning and remains largely unregulated (despite generally failed attempts by state bars and even the Better Business Bureau) to reign them in.

At the 2010 ABA Annual Meeting, held in San Francisco, I put together the first-ever gathering of the major law firm rankings and ratings entities—in one place, at one time—to explain their methodologies. At the time, we heard from the leadership of Avvo, Martindale-Hubbell, Best Lawyers, Law Dragon, Chambers and Super Lawyers.

In the fall of 2011, I brought them back for Ranking The Raters, Rating the Rankers: A Forum on Methodologies, Benefits and Value, at the ABA Law Firm Marketing Strategies Conference in Philadelphia, PA, where not only did the companies explains methodologies but were ranked themselves by a panel of corporate counsel and peppered with questions by the program moderator (me) and audience of attorneys interested in business development strategies.

In 2012, Lawyer Rankings & Ratings: The Impact on Ethics and the Profession addressed much of the same subject matter for the Pennsylvania Bar Institute. But the train certainly has not slowed. Because of the vast continued interest, I revisited the subject matter for PBI this past April with Mastering the Three Rs – Lawyer Ratings, Rankings & Reviews.

The irony is that the April version is now updated with even more recent examples of issues, problems and ethics concerns that will be added when I give the program again in the coming weeks—August 24 in Pittsburgh and August 29 in Philadelphia (and again in December—check PBI for the dates and times in your area).

Here is the PBI program description:

If you take the long-standing “players” in lawyer ratings and rankings circles (Martindale, Best Lawyers, Super Lawyers, Chambers USA, among them) and combine them with the rapid growth of social media (Facebook, LinkedIn and Twitter) and “review” sites on the Internet (Yelp, Avvo, Google and many others), you have a combustible combination that often leads to ethical issues, violations of the Rules of Professional Conduct and just plain-out errors in good judgment. Learn about ratings and their methodologies, and the ethical considerations voiced by various state and national bar associations. How do you navigate this world so that your practice can utilize these accolades and tools for business development? And what steps should you take to ensure compliance and avoid potholes in an area of law firm marketing that just seems to get bigger and bigger? Simply knowing how to respond (or not) to an online review can be the difference between a disciplinary infraction and good client service.

In the WSJ piece, Randazzo leads with “Stroking lawyers’ egos has become big business.” This is an accurate reflection of the true “value” of the industry. As we often do (myself included), we all have a habit of picking on the bigger players, while wholly illegitimate operators remain. The article cites a study that suggests law firms spend $157,000 annually on the submission process, with numbers for large law firms listed at 691k (and one reporting their number at $5m). The bottom line is that this continues to be big business.

Of course, others profit too. Those law firm marketers that get paid to fill out the submissions have very nice jobs that typically pay in the six-figures for this role. Various public relations and marketing agencies prosper too—in assisting law firms with submissions, and then getting paid to promote the “awards” after the fact. You might say that I too make money because they exist. So, perhaps, they are not all bad.

However, in my day to day interaction with both my law firm clients and many of these entities, I still have to help the process along. Many of my lawyers want to be AV rated, listed in Chambers or simply honored by somebody, somewhere (I often say in my lectures that if you want to be honored as a top lawyer and cannot find someone to do so, you simply did not try). My biggest concern, more as an ethics attorney than as a marketing and business development professional, is the underlying concept of “deceptive and misleading” to the public (whether that audience are consumers, who should be protected; business owners that do not know who is or is not legit; and not so much the sophisticated audience of another lawyer or in-house counsel that simply should know better). If you want to pay $500 or a grand to a company to honor you with a plaque, or a fake press release or perhaps an online profile—that is your business (and money). But it is costing time and money, the return is likely negligible, and we are not doing anything to further our own reputation or professionalism in the business world.

I have no problem with some of these manufactured honors. But I’d like to see much better self-regulation on the part of the profession. The problem with that is that if something is hugely profitable, telling people to stop is not an easy task. But, to some extent, I try.