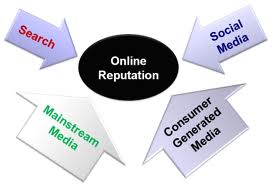 I address an important internet marketing topic in this month’s Web Marketing Today column on “Monitoring your online reputation in 2013.” We spend a lot of money to “get found” on the web with various search engine optimization techniques. But what about the stuff you don’t want getting found? Or what I refer to as “reverse SEO”?

As the web ages and matures, it becomes more and more important to be vigilant about protecting your good name. And the first step towards staying one step ahead is to effectively monitor what I call an attorney’s online portfolio. It is far more expansive than what your law firm posts or what might show up from LinkedIn or Martindale. And it only takes one bad apple in an orchard full of good ones to feel like your name, reputation and business might be harmed.

In an interesting comment posted on my WMT column page is a website developer frustrated that he has encountered situations where a top result on a Google search is “ancient history.” Something 5+ years old that is “totally irrelevant.” This points out the downside about some online reputation “fixers” where a problem is fixed today but could float back to the top after an algorithm change.

END_OF_DOCUMENT_TOKEN_TO_BE_REPLACED

This month’s Web Marketing Today column focuses on the impact, cost and level of sophistication that search engine optimization (SEO) has had on law firms–primarily in regard to the plaintiffs’ bar. It is a dog-eat-dog world out there when it comes to finding your next client online…or really the opposite, the next client finding you. And if you are in a “high rent” space – geographically or practice-wise–the cost of competing can be ridiculous. 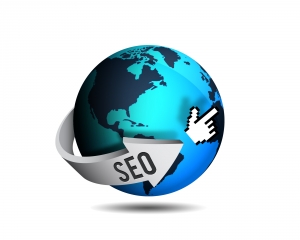 The impetus for this column topic came from re-reading “The Plaintiffs’ Bar Goes Digital: An Analysis of the Digital Marketing Efforts of Plaintiffs’ Attorneys & Litigation Firms,” prepared by the Institute for Legal Reform, a politically-motivated think tank, which begins its nearly forty page report by stating that the U.S. tort system costs $265 billion in 2010. Personally, I was fascinated by the report–not in regard to whether the system is right or wrong–but more as to the various digital media techniques that have changed the marketing landscape for many of these law firms.

I was impressed by the sophistication of some law firms. I was appalled by the questionable ethics issues by others. And I found the three top spenders to be interesting as well. While I would have expected Sokolove Law to be number one, they were number two in spending (at $6 million-plus) to Danizer & De Llano, who blows away every other law firm in spending north of $16 million annually in online spending (according to the report). I had never heard of them. Third in spending was The Lanier Law Firm at nearly $5 million. In this case, I certainly know who Mark Lanier is, and was surprised to see him spending at this level. Of course, I always remind other law firms of two things. First, they have the money to spend; and second, if these efforts were not paying off, they would not likely be investing this heavily in these initiatives. When you get some big hits, there is no reason not to reinvest additional dollars in channels that might deliver the next huge award and fee.